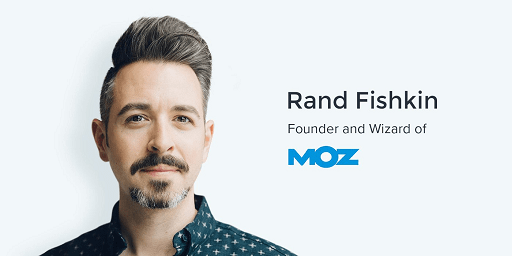 Since the early days of web, search has always been a topic of interest among the masses. It has gained even more prominence after the arrival of smart-phones and social media.

A smart-phone is actually a pocket computer that enables you to exchange information in real time and makes it possible for you to communicate across the globe with the speed of lightning.

The rise of Google as a search engine

Ranking in inorganic search has since become a priority for businesses, individuals and brands. Lots of primitive search engines such as AltaVista and Yahoo have almost vanished from the marketplace.

Though they started well, yet they couldn’t keep up with the increasing momentum of the web content.

Google is still a leader in the race, though it was a lesser known search engine at the time.

The meteoric rise of Google became possible because of the relevance of search results it brought to the audiences — Thanks to its powerful algorithms and engineering behind the scenes.  Google makes sure that quick and accurate results appear on its top result pages.

The rise of SEO industry

Visibility and traffic are the top goals of every business. This might be the reason that an almost parallel industry has grown to game the search engines and it is called the Search Engine Optimization.

The man who redefined SEO

A man named Rand Fishkin was silently watching these trends in the market and he decided to help the businesses become visible on search engines. It led to the foundation of moz.com.

He realized that people were desperate to rank on top of the search engine result pages. So, he decided to start a business out of it from Seattle, his hometown.

He was into web designing business and knew nothing about SEO, so he started learning Search Engine Optimization through online forums.

He decided to get his feet wet with this new business, but it was not a cakewalk and he started experiencing early troubles.

He hired contractors from outside and decided to get it done in-house. The venture was named Moz and it was born in 2004.

At present, Fishkin is considered an influencer in the field of SEO and his weekly video series known as Whiteboard Friday is extremely popular among the SEO professionals and marketers.

In his childhood, he learnt about marketing and PR from a small business that his mother ran. His father, however, was never interested in the family business and so it was not much discussed in the family.

SEO space had become quite crowded by the time and Fishkin used his PR skills to stand out and get noticed. He even tried wearing yellow Pumas. It’s just like what other folks in the Internet industry did for self-branding.

“It’s impossible to be working in the SEO industry and not know Rand Fishkin,” Linden Schwark, CEO of Vancouver SEO Agency, said in response to the launch of Sparktoro. “Moz has been an integral tool for a lot of marketing companies over the years, including ours, and sparktoro is likely to be another lasting addition to our toolkits.”

Joe Pulizzi, the CEO of CMI, is obsessed with orange color. He always wears an orange shirt or t-shirt and it reflects everywhere – his office furniture, his website color scheme, the theme color of Content marketing World, and the cover pages of his books, etc.

7 Lessons That Will Make You a Better Entrepreneur

Rand Fishkin was born on July 10, 1979. He joined the University of Washington in Seattle in 1997, but when he was just 2 credits short of graduation, when he dropped out.

He started assisting his mother in web optimization and site building, but the things weren’t sailing smoothly.

He then launched SEOMoz that offered SEO Services and web designing independently. He worked very hard on his brand and in 2006 he started gaining success in his venture.

Soon, recognition came when Rand Fishkin was featured in the best young entrepreneur column of BusinessWeek in 2007. Early recognition came because he solved the puzzle of SEO and simplified the mystery around the subject with his funny and practical approach towards SEO.

In 2005, he was mentioned by Newsweek magazine as he had helped an 80-year old shoe store in multiplying its business three folds by successfully launching its web-store.

In 2014, Fishkin stepped down as the CEO of Moz and Sarah Bird took over. Even after attaining great success Rand Fishkin is quite humble and he doesn’t consider himself a celebrity.

Rand Fishkin has a huge fan following on social media including 411, 000 followers on Twitter alone.

Rand Fishkin’s wife Geraldine DeRuiter is also a popular author and blogger, who is known for her blog “the Everywhereist”. It’s a travel blog where she shares her adventures and experiences related to travel. She is a globe trotter by the way and travels to different countries along with her husband to attend events, meetings and conferences.

Valuation of Moz and Rand Fishkin’s own net worth

Fishkin worked very hard on his brand in the making and arranged a funding of around $30 million in three rounds to run his business. Moz had a valuation of USD 120 million in 2016. At one point of time in 2011, he announced that he had just $25,000 left in his bank account. This melt the industry and his followers and soon investment poured in. According to an estimate, Rand’s net worth is $12 million, at present.

Rand Fishkin is the co-founder of Moz and inbound.org, a platform for sharing quality content about digital marketing. The serial entrepreneur recently launched Spark Toro, a software company in the making. It is focused on influencer Intelligence and audiences. He has published many books including Art of SEO, Lost and Founder (a guide to the startup world), and Inbound Marketing and SEO.

Rand Fishkin acted as the CEO of Moz for seven consecutive years. During this time, the employee strength of Moz went from 7 to 135 and revenue jumped from $800, 000 to $30 million. Moz now sells Internet Marketing software. He is quite popular among the masses for his Whiteboard Friday series, which is considered as the best SEO tutorials online. 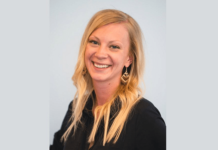 Sara Davis: From a college dropout to award-winning marketer in less than 8 years 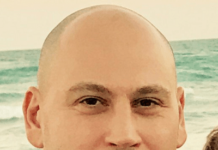 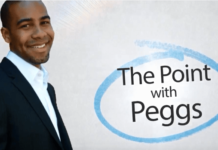 Harsh Agarwal: An ordinary engineering student to being the CEO of ShoutDreams

How to Build a Facebook Page for Business: A Guide for...