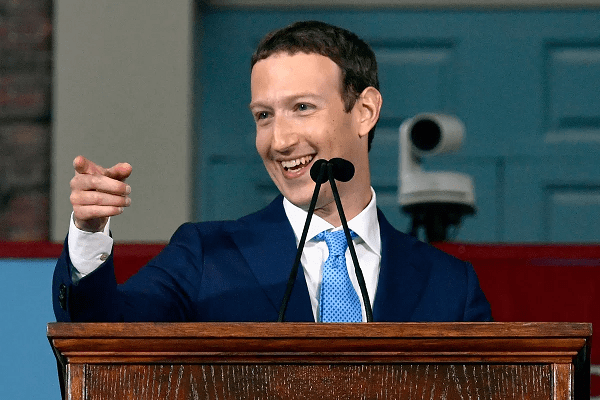 “Move fast and break things. Unless you are breaking stuff, you are not moving fast enough.”
——-Mark ZuckerBerg

It’s not just the prime directive of Facebook CEO, Mark ZuckerBerg to his team of developers, it’s the philosophy he breathes and lives by.

We are bringing to you yet another inspiring story today.

Success stories of the greatest entrepreneurs stimulate motivational juices within us and inspire us to emulate them, so that we can also achieve incredible success in our life.

Mark Zuckerberg has actually moved fast right from his Harvard days, when he launched Facebook before the alleged gang of HarvardConnection could actually think of implementing it and soon became the inventor of world’s biggest social media platform.

Zuckerberg and his dorm room friends Tyler Winklevoss, Cameron Winklevoss and DivyaNarendra of HarvardConnection actually came up with an idea of a social network like Facebook, but they accuse Mark of stealing the idea and launching Facebook, which was their brainchild.

Facebook is not just a social networking platform, but it has become an integral part of our lives today.

Mark Zuckerberg was just 19 years old when he launched Facebook in 2004.

Mark Zuckerberg’s story is quite fascinating and unbelievable.

Mark Zuckerberg is not just another successful billionaire; he is placed among the Ivy League of people, who have changed the world.

If Apple has changed our lives by introducing touch screen smartphones, Facebook has changed the way we interact and communicate with each other.

In fact, FB has gone much ahead. Beyond communication and interaction, it also helps you form interest groups and fan pages to not only promote businesses, but also lifestyles, think-tanks and ideologies.

It shatters barriers and enables you to interact freely with the people with the same interests as yours.

Facebook is considered a major factor behind political revolutions such as Arab Spring and changing the fate of elections in various democracies.

It is such an influential social media platform that you cannot ignore it.

These days it has more than 1.3 billion active users which make it equal to the third largest country in the world.

Early life as a child prodigy

Mark Zuckerberg was born in 1984 and he was brought up in an ambitious and well educated middle-class Jewish family in the sleepy Dobbs Ferry town in the suburban New York.

He has three siblings and he is the only son. His father Edward Zuckerberg runs a dentists clinic in the area and mother Karen Zuckerberg works as a psychiatrist.

Mark Zuckerberg is not an ordinary person. He was a prodigy as a child and exhibited his programming skills, when he connected the computers in his father’s dental clinic and enabled the staff to communicate with each other through a program created by him.

Earlier in such types of clinics, the staff yelled to communicate with the dentist. He named this texting platform “ZuckNet”. He also learnt several languages in his high School including Latin, French, Hebrew, and ancient Greek. He also wrote poems in Latin. It is extremely difficult for a 14 year old child to accomplish that.

Impressed by his programming skills and his interest in software programming, his father arranged a private tutor for him.When he finished elementary school, he was admitted to the prestigious boarding school Phillips Exeter Academy, where he learnt the art of decision making and communication.

When Zuckerberg was in his high school, he joined a company Intelligent Media Group as a programmer and created a media player program known as “Synapse”. The program was based on artificial intelligence and it recognized the individual preference for music based on their listening habits.

Microsoft wanted to purchase the product for $2 million and also offered him a job as a programmer once he finished high school, but Mark Zuckerberg declined the offer. According to him, it was his inspiration and therefore it was not to be sold.

Mark Zuckerberg’s 2004 Interview: See How Far He And Facebook Have Come

Later on, he was admitted to prestigious Harvard University, where he started studying psychology. His mother wanted him to learn psychology, but Mark Zuckerberg was more interested in programming.  So, he joined some IT courses at Harvard in addition to his major course.

When,Zuckerberg was in the second year at Harvard, he created a program known as CourseMatch which allowed the students to share their experiences around their chosen subjects.

His second superhit project was Facemash, in which he offered Harvard students an opportunity to vote for the students’ photos as to who looked better and hotter.

To implement and run this program, Zuckerberg successfully broke into the University database to steal the photographs of the students.

He just survived a possible suspension for the offence of hacking the database.

Students also complained that their photographs were used without their consent, so University had no option but to shut down the program Facemash.

Mark Zuckerberg later on launched another project in which the photo albums were protected by password so as to ensure privacy of the students.

Facemash was actually the beginning of Facebook because it emerged as a communication masterpiece and a popular social network.

The new site was ready in less than a week’s time and it became even more popular than the actual product Facemash.

Facebook was initially designed for Harvard students, but soon it became quite popular among the most reputed universities in the United States such as Stanford, Columbia and various other universities in Boston, Massachusetts, New York, and Canada.

The biggest success of Facebook is not to bring everybody on the social networking platform but to create interest groups, where users could express themselves without any inhibition or hesitation.

Even today you will find interest groups on Facebook such as atheists, same sex couples, fans of celebrities, and people interested in gardening or bodybuilding etc.

By the end of 2004, Facebook was able to have more than 1 million users.

It attracted the attention of venture capitalists interested in investing in such an immensely popular platform, which could be monetized to yield excellent returns.

The domain facebook.com cost $200,000 for Mark Zuckerberg in 2005, when Facebook had more than 5 million users and was adding.

In 2015, Facebook became the second most visited website globally and Mark Zuckerberg also became the youngest billionaire on the planet.

Just like many other popular CEOs in the world, his official wage is a still $1.

He has also been honored by the title of the most influential person in the world in 2010 by Time magazine.

Mark Zuckerberg is known to live a moderate and close life and doesn’t believe in pomp and show and throwing off cash like some other billionaires.

He married his Harvard friend Priscilla Chan, who comes from China in 2012. Chan gave birth to a daughter “Max” in 2015. The couple was so happy at that moment that they decided to donate 99% of their wealth before they die.

You won’t believe but it’s true that before 2015, Zuckerberg was living in rented houses, even though he was a billionaire.

When he realized that his family and the newborn needed a cozy home, he decided to buy a house which cost $7 million.

The house is situated in Palo Alto in Silicon Valley and is very near to Facebook office in Menlo Park.

Zuckerberg dropped out of Harvard to run Facebook in 2004, but back in 2017 Harvard gave him an honorary degree of doctor of laws.

Mark Zuckerberg At Harvard: We Should Explore Ideas Like Universal Basic Income | CNBC

In 2017, Zuckerberg also announced that Facebook had achieved yet another milestone – It reached 2 billion accounts.

In 2017, Forbes announced that Mark Zuckerberg had a net worth of $69.5 billion (Source 24smi.org), so he was way ahead of Sergey Brin and Larry Page — the founders of Google.

Yet, the youngest billionaire in the world is not mad for money. He doesn’t believe in mad accumulation of wealth.

He is known to be associated with dozens of charity organizations around the world.

He has also joined the group “The Giving Pledge” whose members are committed to donate 50% of their wealth in their lifetime.

More than a billionaire, Mark Zuckerberg is a man with a mission. He wanted to change the world and he is doing exactly that.

He is a great strategist and kills the competition before it poses a threat. He bought Instagram and WhatsApp at the right time and both turned out to be his best decisions.

Currently, he is working on many projects including Internet of Things (IOT), which is aimed at providing internet connectivity to less developed nations for free. 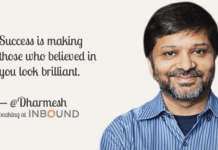 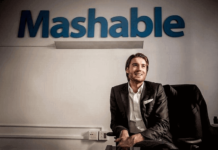 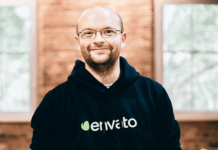 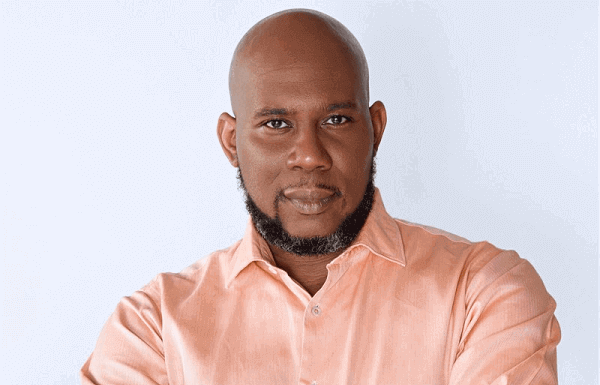 Google’s Multitask Unified Model (MUM): Everything You Need to Know About The Latest Google Algorithm Update

Brian Dean, Who Is Respected Globally For His Advice on SEO

The Story Of Vlad Calus When College Degree Is No Longer A Barrier To...

How to Set Up and Use Google Alerts to Grow Your...